Two national publications—the New York Times and the Atlantic—have recently reported on procedural abuses in the Title IX system. Both pieces are must-reads, and reminders of how the one-sided nature of campus Title IX tribunals, analyzed for years mostly by smaller media outlets like this one, has at last decisively permeated mainstream media.

Michael Powell’s New York Times article on Keith Mumphery and Michigan State is extraordinary, one of the best single items written on the issue since its emergence with the 2011 “Dear Colleague” letter to colleges from the Office of Civil Rights in President Obama’s Department of Education. The story that Powell relays is a deeply troubling one, even for the genre of Title IX cases: Mumphery was initially found not guilty by a Michigan State system that is heavily tilted structurally toward accusers. (The police also declined to file charges against him.)

But the case wasn’t over—his accuser, taking advantage of the “Dear Colleague” mandate that schools adhere to double-jeopardy principles in campus sex tribunals, appealed the not-guilty finding. By this point, Mumphery wasn’t even at MSU anymore; he was prepping for his NFL career. He never received notice of the appeal, which was sent to an inactive MSU e-mail account. (Michigan State refused to answer Powell’s question of whether the university had any reason to believe Mumphery ever knew of the appeal.) Michigan State’s appeals process, relying on the same evidence the university and police had previously deemed insufficient, found him guilty. 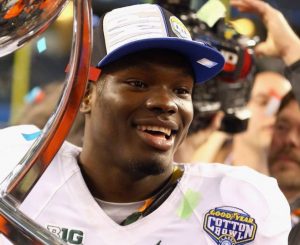 Moreover, the harm here was obvious: Mumphery lost all chance of an NFL career because of Michigan State’s handling of his case. The Houston Texans cut him after word of the granted appeal became public (through a Detroit Free Press article that didn’t mention the initial not-guilty finding), and it seems clear that without some sort of intervention from team owners, coaches, sportswriters or ordinary fair-minded people, he won’t be getting another NFL opportunity soon. He is suing Michigan State.

Caitlin Flanagan’s Atlantic column, meanwhile, examines a bizarre case at the University of Cincinnati, one of the few documented cases (and, as far as I know, the only due-process lawsuit) with a male accuser and a female accused student. Both students were very drunk; given the facts of the case, either each student sexually assaulted the other, or there was no offense. But as Flanagan pointed out, “The functionaries of the college sex panic have an obdurate habit of determining that the victim of a blearily remembered amorous encounter is the person who decides to report it, with all ties broken by the one who reports it first.” The whole episode, she added, “proceeds from the assumption that if two drunk college students make out, one of them—and only one of them—is a victim of the event.”

As with the Mumphery case, we don’t need to debate the harm: the accuser has a ROTC scholarship, which means she’ll likely lose her chance at a military career and have to repay her previous tuition unless Cincinnati’s decision is overturned.

The point isn’t that Michigan State and Cincinnati are factually typical cases—they’re not. Most cases don’t involve, as the MSU case did, interracial allegations (though nearly all interracial allegations that have come to light through lawsuits have featured accused students of color). And most cases don’t involve, as the Cincinnati case did, male accusers.

Procedurally, however, these cases are all too typical. Mumphery’s case is a classic example of procedural unfairness, in this instance, how the double-jeopardy provision can lead to unfair results; similar claims have been made in lawsuits against George Mason, James Madison, Michigan, Texas, and Coastal Carolina. And Cincinnati has been one of the most sued institutions in the country—facing allegations from a denial of any form of cross-examination to a case investigator having a romantic relationship with the accuser whose case he was handling.

The more attention that this sort of unfairness receives, the better for all concerned.

KC Johnson is a history professor at Brooklyn College and the City University of New York Graduate Center. He is the author, along with Stuart Taylor, of The Campus Rape Frenzy: The Attack on Due Process at America's Universities.

10 thoughts on “The Gross Unfairness of Title IX Goes National”