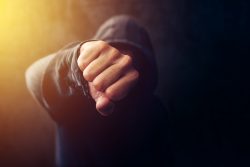 The Campus Tendency to Extremism

There is a common cultural dynamic in which competition among members of a social or political movement for the prestige of ideological purity and group leadership leads to more and more extreme substantive positions. Examples are countless: Christianity, based on a Jewish Messiah and his Jewish Apostles, soon enough came to disparage Jews who did […]

"Now a bipartisan congressional bill says it aims to teach students more about U.S. civics, the Civics Secures Democracy Act, but it has some concerned that it will enable the government to guide curriculum in a direction that parents don’t support, and ultimately indoctrinate students into leftist causes." - The Epoch Times, 8/5/22

"Monkeypox, a painful but nonfatal virus spread primarily through skin contact, is on the rise—and with the fall semester rapidly approaching, many institutions are starting to prepare for potential outbreaks. ... Confirmed cases have been reported at the University of Texas at Austin; Georgetown University and George Washington University in Washington, D.C.; and West Chester University and Bucknell University in Pennsylvania." – Inside Higher Ed, 8/5/22

"While running on traditional issues should not be abandoned, Republicans also need to hammer Democrats on educational issues. If they do, the political landscape in the U.S. could radically shift. Just ask Glen Youngkin." - FrontPageMag, 8/5/22

"As the Biden administration inches closer to a final decision on whether to erase billions in student loan debt, House Republicans have introduced an alternative proposal. The bill would reform certain aspects of the federal student loan system, including simplifying repayment methods, decreasing the impact of interest and establishing new borrowing limits." – Inside Higher Ed, 8/5/22

"Yesterday, the Court released its argument calendar for October 31 through November 9, and lo and behold, the UNC case will be the first one argued, on Halloween — eight days before the election. And, after Justice Jackson then steps off the bench, the Harvard case will be the second. Brace yourself for what will undoubtedly be a weeklong campaign of dishonest racial demagoguery aimed at getting out Democratic voters." – National Review, 8/4/22

"A federal judge on Thursday granted preliminary approval of a $6 billion settlement between the Biden administration and student loan borrowers who say they were defrauded by their schools, despite the objection of some for-profit colleges. Several schools, including Lincoln Tech and Keiser University, filed motions last month to intervene and object to the settlement, arguing that it failed to assess the validity of the borrowers’ claims and would damage their reputation." – Washington Post, 8/4/22

"Colleges with COVID-19 vaccination requirements reduced the number of positive cases and related deaths in surrounding areas, according to a July working paper published by the National Bureau of Economic Research. ... The starkest takeaway was that area residents benefited from the colleges’ requirement, even though it was the students who got the vaccine, according to Michael Lovenheim, an NBER research associate and co-author of the paper." – Higher Ed Dive, 8/4/22

The Strange, Secret History of Tenure

"Academic tenure is again the object of public criticism — but this time feels different. ... These developments, already cause for concern, are more worrisome still because of the growing momentum of a set of specifically progressive objections. These newer critics argue that tenure inhibits racial diversity and gender equity, authorizes an ugly sense of privilege and hierarchy, and wrongly protects professors accused of misconduct" – Chronicle of Higher Education, 8/4/22

Prison Abolitionism and the Academy’s Decline

"Defund the Police has become a political slogan of the left in cities across the country. But that mantra is a little timid compared to a new slogan that is taking hold among law professors: Abolish Prisons. This program is now regularly and seriously pressed in the academy’s most important law reviews. It is the subject of earnest discussion at conferences and faculty workshops across the nation. There is now a cottage industry of tenured professors who write about its nuances and more no doubt will soon secure tenure for doing so." – Law & Liberty, 8/4/22

"Imagine this troubling scenario: A college student in Texas is raped and becomes pregnant. Though abortion is banned, a trusted professor helps the student obtain a medication abortion from an out-of-state doctor. Then word gets out. Suddenly, that professor is facing a lawsuit under the state’s 2021 'bounty' law. The professor and the student turn to college administrators for help." – Chronicle of Higher Education, 8/4/22