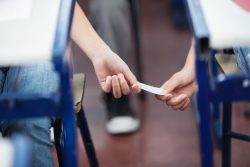 The University That Lets Teachers Cheat

A university that does nothing when faced with clear evidence of academic misconduct deserves some public scrutiny. Case in point: The University of Houston, Texas’s third largest university, is having some trouble with academic standards. Since early this year, the University has been stonewalling allegations that a school superintendent plagiarized the doctoral dissertation he submitted […]

How Chinese Students Are Changing Our Colleges

Nearly 600,000 foreign undergraduate students now study at US colleges and universities, some 165,000 of them from China, the total from China grew by nearly 30 percent in 2009/2010, with a percentage rise in double digits every year since, according to the Institute of International Education’s “Open Doors” report, funded by the U.S. Department of […]

By Richard Vedder Although difficult to measure, it is unlikely that higher education has had any productivity advance in the 50 years since I finished college. Economists like Princeton’s William Baumol have argued that rising college costs are inevitable, given inherent limitations on reducing the cost of disseminating knowledge -only so many people can fit […] 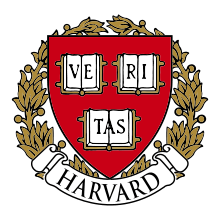 By Harvey Silverglate and Zachary Bloom At first blush, the ongoing cheating scandal at Harvard College appears to raise serious questions about academic integrity at that fabled institution. If the allegations that 125 students inappropriately shared notes and answers for a take-home exam in violation of the exam’s rules prove true, the result will be […]

Yesterday Harvard University announced its investigation of about 125 undergraduates who are believed to have improperly collaborated on a take-home final examination last spring. It is tempting to use this case to generalize about an Ivy League sense of entitlement, declining student morals in general, or perhaps the failure of Harvard and other universities to […]

A Culture of Cheating?

What does one do when a culture of corruption is so pervasive that graduate students openly cheat and professors give out answers on exams? According to allegations at the Baruch (Zicklin) School of Business in the City University of New York, “cheating is their bread and butter.”

Cheating is the New Normal

A well-publicized cheating scandal at Great Neck High School featured a criminal entrepreneur taking SAT tests for college-bound high school students. My colleagues in the Academy tell me cheating is endemic with papers written by “service” organizations and plagiarism a national contagion. Teachers are routinely engaged in “scrubbing” various tests in an effort to increase […]