Home » Articles » NOT IN AN ELITE COLLEGE? NO WORRIES!

NOT IN AN ELITE COLLEGE? NO WORRIES! 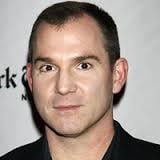 costly, pointless, and often damaging obsession with getting their children into our supposedly elite colleges and universities.  His new book, Where You Go Is Not Who You’ll Be, is his effort at talking sense into parents and students about this.

Bruni’s subtitle tells us that he means to give us an “antidote to the college admissions mania,” and I think the book succeeds quite well at that. In sum, he argues that students can get a very good education at a non-prestigious college or university and also that getting into one of our insanely sought-after elite schools is no guarantee of getting a good education. He writes, “The nature of a student’s college experience – the work that he or she puts into it, the skills he or she picks up, the self-examination undertaken, the resourcefulness honed – matters more than the name on the institution attended.”

That’s right, but a great many Americans put themselves through years of terrible angst over the presumed need to get into a prestige college. That has become a big part of our individual “brands.” Because the number of places in those schools is small, however, lots of students end up devastated when they don’t get in and have to “settle” for a backup school. Bruni quotes one young woman who said, “I felt so worthless” after being rejected by all of her top choices.

To show that the college “brand” obsession is a mistake, Bruni recounts quite a few interesting cases where individuals have done extremely well in life even though they attended non-prestige schools. One of those stories is that of Dick Parsons, Chief Executive Officer of Time Warner and Citigroup. Where’d he go to school? Harvard? Princeton?

No – University of Hawaii. Parsons told Bruni that he “can’t remember a single thing he learned in college,” except that he could handle the world far from home.

Condoleezza Rice is another fabulous success story, of course, but she didn’t enroll in an elite university. In fact, she didn’t play the game of hunting for colleges at all. She went to the University of Denver because her father had taken a position there. Moreover, she took some time in discovering her real interest. At first, she was a music major, but soon realized that, good as her piano talents were, she wasn’t going to have a career as a virtuoso.

After meandering along for a while at Denver, she happened to take a course entitled, “Introduction to International Politics” taught by Czech refugee Josef Korbel. She was fascinated with the subject and immersed herself in it, taking full advantage of the opportunity to learn from a great scholar. Later, Rice would take her Ph.D. under Korbel, go on to become provost at Stanford, and eventually Secretary of State.

Furthermore, Bruni shows, the prestige schools that so many students sweat blood trying to get into don’t have a lock on awards such as MacArthur Foundation “genius grants” and Fulbright scholarships. Many of those recipients graduated from obscure colleges. That fact underscores his point that college education is what the student makes of it. Students who are eager to learn can almost always find one or more faculty members who’ll be delighted to have such a student to mentor—but it might be easier to make that connection at a small school than a big, famous one.

His College? Nobody Asked

Bruni also acknowledges that having gone to college, prestigious or otherwise, might have very little to do with an individual’s later success. His own story is enlightening in that regard. He could have gone to an Ivy, but instead chose the University of North Carolina (and now regrets that he devoted so much of his time there to fun rather than taking better advantage of the learning opportunities available). Did his UNC degree or his subsequent degree at Columbia have anything to do with his journalism career?

Not much. He writes of his first full-time position with the New York Post, “the Post hired me only after, and because of, a four-week tryout, the success of which had less to do with the classes I’d taken at Columbia than the writing I’d done at the UNC newspaper and on the side. And none of the people who hired me for subsequent jobs ever asked about or mentioned Columbia – or, for that matter, Chapel Hill.”

That is a point critics of the entire degree mania have been making for many years – college credentials often have little to do with the student’s life after graduation. Sadly, even though those credentials frequently do little to enhance the individual’s knowledge and skill, they have become generally regarded as essential for a host of jobs that are mostly learned by doing.

Without meaning to, Bruni doesn’t merely indict the elite college admissions, mania; he also indicts the entire “got to go to college” mania.

The book’s case that going to an elite college is not essential for success is solid; unfortunately, Bruni doesn’t examine the related question, whether going to an elite college could actually be a big mistake. That’s important because liberals insist on racial preferences to get “minority” students into those schools. Supposedly, going to a prestige college is a great benefit, so when the likes of Harvard and Berkeley bend their admission standards to enroll those students, they’re not only “improving diversity,” but also advancing social justice.

As many researchers have observed, however, using preferences puts weaker students in academic settings where they do poorly. They might have done fairly well at a school with lower standards; attending a prestige institution sets them up for failure, or at least sliding into one of the soft majors with lousy career prospects. In other words, they’ve been mismatched. Unfortunately, Bruni never mentions the work of Richard Sander or other affirmative action critics. That would mean challenging one of the great shibboleths of leftist policy. He doesn’t go there.

Not only does Bruni fail to consider the harm done by mismatching students into prestige colleges, he also tries to shore up the progressive crusade for “diversity.” Although most of his book sensibly argues that college education depends on what the individual student makes of it, he tries to pitch the notion that “diverse” schools are necessarily better. “College needs to be an expansive adventure, propelling students toward unplanned territory and untested identities rather than indulging and flattering who they are,” he writes.

That sounds delightful to liberal social engineers who think that they’re able to make education better by mixing in just the ideal proportions of students who “represent” various racial and socio-economic groups. But it’s not true. Most of the book shows that it’s not true. Condi Rice did not get a superb education at Denver because the campus was or wasn’t “diverse.” She got that education because she came across a professor who got her deeply interested in his subject.

Or consider another college that Bruni praises, St. John’s with its two campuses where students immerse themselves in great books with dedicated professors. The wonderful education those students get has nothing at all to do with the blend of races in the classes.

Nevertheless, the book conveys a useful message — stop worrying and wasting money trying to get into elite colleges when many others will do just as well or perhaps far better.

George Leef is director of editorial content at the James G. Martin Center for Academic Renewal.

One thought on “NOT IN AN ELITE COLLEGE? NO WORRIES!”

"Creating an Outlet for Conservative Student Voices" – Inside Higher Ed, 2/8/23

"Birmingham-Southern on ‘parallel tracks’ while it waits for word on public bailout" – Higher Ed Dive, 2/8/23

"How to Combat Gender Theory in Public Schools" – City-Journal, 2/7/23