The liberally educated person is one who is able to resist the easy and preferred answers, not because he is obstinate but because he knows others worthy of consideration.— Allan Bloom

When Allan Bloom wrote The Closing Of The American Mind more than two decades ago, he probably never imagined that the absence of intellectual pluralism he decried would still be upon us. There is an undeniable divide between the Academy and the larger society. The curtain that has been drawn around colleges and universities no longer protects intellectual exchange and a search for the truth. In the modern academy, many certainly do not know all of the ideas worthy of consideration.

Minding the Campus hopes to change that by fostering a new climate of opinion that favors civil and honest engagement of all ideas, offering an engaged debate for readers concerned with the state of the modern university and the society it serves. We provide a simple central resource, featuring fresh original content from professors and academics and we draw upon the best from established magazines and publications, as well as from less-visited corners, from professional journals to blogs and student publications. In connecting resources from disparate worlds, we hope to connect their readers, fostering potential for real discussion and change. A conversation about America’s Universities is needed; look for it here.

Minding the Campus Board of Directors

James Piereson, Chairman of the Board of Minding the Campus, is  president of the William E. Simon Foundation and serves on the boards of many other non-profits, including the Pinkerton Foundation, the Thomas W. Smith Foundation, the Center for Individual Rights, the Philanthropy Roundtable, the Foundation for Cultural Review, the American Spectator Foundation, the Hoover Institution at Stanford University, and Donors Trust. Trained in political science, he taught courses in political thought and U.S. government at Iowa State, Indiana University and the University of Pennsylvania. Jim’s most recent book is Shattered Consensus: the Rise and Decline of America’s Postwar Political Order. 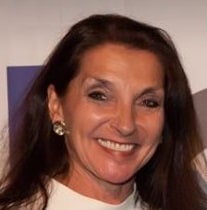 Debra S. McEneaney, Director and Treasurer, is a partner in Hopeworks Ltd, a consulting company. She has applied over 40 years of marketing, management, and strategic planning know-how to a spate of non-profits including the East Hampton Artists and Writers Charity Softball Game, where she grew the annual donations from $20,000 to $202,000 over nine years. She is currently Marketing and Community Advisor for the Bridgehampton Child Care and Recreational Center.

Mark Bauerlein, Director and Vice President is an English professor at Emory University and the author of the 2008 book, The Dumbest Generation: How the Digital Age Stupefies Young Americans and Jeopardizes Our Future (Or, Don’t Trust Anyone Under 30), which won the Nautilus Book Award. Bauerlein worked at the National Endowment for the Arts, serving as the Director of the Office of Research and Analysis.  Bauerlein contributed to the NEA study, “Reading at Risk: A Survey of Literary Reading in America.”

Daphne Patai, Secretary, is a scholar and author. She is professor emeritus in the Department of Languages, Literatures, and Cultures at the University of Massachusetts Amherst. Her Ph.D. is in Brazilian literature, but her early work also focused on utopian and dystopian fiction. She is the daughter of the anthropologist Raphael Patai. After spending ten years with a joint appointment in women’s studies and in Portuguese, Patai became highly critical of what she saw as the imposition of a political agenda on educational programs. She has oversight and supervision of charitable activities, including corporate records and minutes.

John Leo, Editor, is a former senior fellow at the Manhattan Institute and contributing editor at the Institute’s City Journal. His popular column, “On Society,” ran in U.S.News & World Report for 17 years, and appeared in 140 newspapers through the Universal Press Syndicate. Leo has worked as a senior writer for Time magazine, and as a staff reporter for the New York Times specializing in intellectual trends and the social sciences. Other positions he has held include assistant administrator of New York City’s environmental protection administration, editor of a Catholic newspaper in Iowa, associate editor of Commonweal, book editor of the social science journal Trans-Action (now Society), and “Press Clips” columnist for the Village Voice. He is the author of three books, most recently “Incorrect Thoughts.”

Please! Support Our Work and DONATE

Another Blow Against Integration

At the University of Nevada, a public school in Las Vegas, integration on campus is not exactly encouraged according to a report in the College Fix. In fact, the University discourages socially mixing different groups by providing separate dorms for identity tribes, all at taxpayer expense: Howell Town for black students, Stonewall Suites for LGBT students, Tonopah housing community for women only, the Health Living floor for those who still like tofu and kale, and the Study Intensive Hall for those who plan on graduating.

Oberlin College's student newspaper editorial board blasted national media coverage of the Gibson’s Bakery trial, saying that it “misses the mark,” and that the ruling is part of an “increasingly authoritarian country,” Campus Reform reports. The Oberlin Review’s editorial board published an editorial Wednesday, titled “Media Coverage of Gibson’s Verdict Misses the Mark,” in which it strongly criticized how national media covered the case resulting in the college being ordered to pay Gibson's Bakery $44 million.

Public education started out in this nation with a mandate to provide equal opportunity to all. This means including most of the children below the top quarter, or perhaps third (take your pick) of family household net income.

So, if we can safely assume that anywhere from two thirds to three quarters of the nation’s children will not be able to financially avoid the educational morass that confronts them, we must ask the obvious: just what kind of quality of education will they receive?

The answer to that question should form our collective response, our resolve, and certainly our political will to ensure that all children have equal educational opportunity.

Accepting the distinct fact that indoctrination is not education, and that the two mix together no better than oil and water, we might deduce, and not be far off the mark, that certain powers do not WANT marginalized children to succeed. In other words, those students are far more valuable to those same powers as abject failures than as successes by any normal and standardized measure. I think of that as the “oppression” of lowered expectations, where millions of children end up as pawns in the great and terrible game of Identity / race / victim / Olympic oppression “positionality.” Blah.

I say give the kids a break.