A Champion of Free Speech Takes on the Muzzled Campus

Harvey Silverglate delivered these remarks upon receiving the Manhattan Institute’s Alexander Hamilton award Monday, May 9th at a dinner in New York City. Silverglate is a Cambridge attorney, a veteran defender of civil rights and civil liberties, and co-founder, along with University of Pennsylvania professor Alan Charles Kors, of the Foundation for Individual Rights in Education (FIRE).

I have dedicated much of my career to two contests that are consuming our nation, the ramifications of which will impact generations to come as well as the health of the republic itself.

I am referring to, first, the capacity of the criminal law, especially federal law, to turn all of us into criminals, at the government’s whim, for engaging in what to us appear to be the most benign personal and professional actions or inactions.

And, second, the effort, well underway, to destroy the liberal arts university by replacing the quest for human knowledge with the indoctrination of students into truth as it is postulated by self-righteous fanatics who think they have a monopoly on human wisdom, when in fact all they really have monopolized are the levers of academic and administrative power. 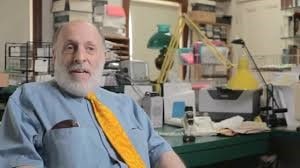 And, with respect to these two areas – due process and fairness in the criminal law, and free speech and thought and procedural fairness on college campuses – I have long taken comfort in the reliability of allies such as the Manhattan Institute. This is the reason that, despite my reputation for accepting rather few invitations, I gratefully accepted the Manhattan Institute’s invitation to venture to New York (where, by the way, I was born, so this is not foreign territory to me) to accept, along with my co-recipient the redoubtable Bruce Kovner, the Institute’s Alexander Hamilton Award.

Thank you, Manhattan Institute, and the Institute’s leadership – President Larry Mone in particular, and the entire Board – for this honor, but, even more important, for the Institute’s ceaseless support for civilization and sanity in my two areas of interest, the criminal law and our institutions of higher education.

Interestingly, I noticed that dangerous trends in each of these two areas accelerated around the same time –the mid-1980s. Might the explanation, I asked myself, be that suddenly the universities were accepting a more diverse student body? Rather than celebrate this liberalization of American society and academic culture, I wondered, perhaps the colleges, fearing that students of different racial, religious, and social backgrounds would clash with one another, expanded the student-life bureaucracies to, in their view, keep the peace.

Regardless of the justification, definitions of “harassment” were adopted that were so vague and broad so as to escalate the numbers of disciplinary proceedings, many of which were deemed confidential so that the outside world had no idea what was happening. Speech codes popped up that sought to prevent students from insulting or offending one another, but in practice the codes strangled the academic enterprise. Kangaroo courts were established to adjudicate the many violations of the new rules. Remember that we’re talking about liberal arts colleges, not prisons, not re-education camps!

At about the same time, I noted a proliferation of prosecutions in the federal courts that were ensnaring defendants who, it seemed to me, had conducted themselves, if not superbly, then at least within legal limits. This ensnaring was enabled by the greatly expanded use of inherently vague federal statutes, such as “fraud.” The concept of “fraud” suddenly meant whatever a United States Attorney wanted it to mean, with the target often being selected for the personal aggrandizement of the prosecutor’s reputation and future career prospects rather than for the protection of the public.

The bottom line was that I saw these major institutions – the college campuses and the federal courts – take a turn toward precepts and practices that furnished a nutrient-laden petri dish for an experiment in an authoritarianism that was very different from the America I was familiar and comfortable with.

The Foundation for Individual Rights in Education’s co-founders, University of Pennsylvania Professor Alan Charles Kors and I, established FIRE in 1999, a year after Professor Kors and I published our book, The Shadow University: The Betrayal of Liberty on America’s Campuses. That book followed Professor Kors’ representation, with some legal advice from me, of an undergraduate who was being persecuted in a Penn campus tribunal in the famous “water buffalo” case, where a well-meaning student named Eden Jacobowitz addressed a group of undergraduate women who were raucously celebrating their sorority’s anniversary just outside his dorm window as he was studying. He shouted “shut up, you water buffalo!” The women being African-Americans, this was deemed by them, and by student-life administrators, to constitute “racial harassment.”

It turned out, actually, that in the offending student’s first language, Hebrew, the common slang term behema reasonably translates into “water-buffalo” and refers to a rowdy or thoughtless person. Penn’s administrators, unaware of, and uninterested in, Jacobowitz’s cultural background, assumed that the water buffalo was native to Africa (it’s not), and from this they extrapolated their hate speech theory. In the face of derisive worldwide publicity, the campus bureaucrats backed down, but it turned out to be merely a strategic retreat, not a true surrender.

Sanity’s well-publicized victory in the water buffalo case triggered a flood of students seeking assistance from Professor Kors and me. These beleaguered individuals were suffering not only from unfair persecutions, but also were being cheated out of a genuine liberal arts education. The liberal arts are not readily compatible with censorship and mindless ideological persecution. It is impossible to teach, and to learn, in the liberal arts arena under such conditions of hypersensitivity and authoritarianism. Indoctrination was replacing true academic study. From the day students arrive as freshman they are subjected to “sensitivity training” engineered by burgeoning student life bureaucrats who intrude into their most intimate lives and thoughts. I recognized that students, and even dissenting faculty, were at the mercy of a new regime, something of a cross between Kesey’s One Flew Over the Cuckoo’s Nest and Kafka’s The Trial.

Kors and I could not handle the volume, and so FIRE was born out of sheer necessity. I at the time had assumed that surely the ludicrousness of the campus persecutions would result in the phenomenon burning itself out within less than ten years. It was, I told myself, a momentary social panic. FIRE would be a temporary project. The burning of witches in Salem, after all, ended rather abruptly when the Supreme Court of Massachusetts decided that enough was enough and put an end to the trials in 1693. That scourge lasted but one year.

Well, FIRE is in its 17th year, with no end in sight. We are in trench warfare.

The success of The Shadow University triggered my next project.

I wrote a book about the decline of justice in the federal criminal system, which I titled Three Felonies a Day: How the Feds Target the Innocent. As you might intuit by the title, my thesis is, essentially, that the average American arguably commits three federal felonies in a typical day, but does not even realize it. All that is needed is an ambitious federal prosecutor, and a prosecution is born. One has to pray that his case is assigned to a judge who sees through the scam. Most do not. Like campus administrators, too many judges tend to be either cynics or true believers.

And, contrary to the way book projects are traditionally carried out, I went to sell the completed book to a publisher – no book proposal, but, rather, a full manuscript. The publisher of The Shadow University was unwilling to take on the project, perhaps, I wondered, for fear of the U.S. Department of Justice? Other publishers I contacted likewise turned me away.

Enter my dear friend Dorothy Rabinowitz, the Pulitzer-Prize-winning columnist for The Wall Street Journal, who suggested that I send the manuscript to her friend Roger Kimball, the brilliant publisher at Encounter Books (who I see in the audience this evening, and who is on the Board of the Manhattan Institute).

Roger, who had seen some of his own friends get ensnared in the traps for the unwary strewn throughout the ocean of vague federal statutes and regulations, agreed to publish the book. Three Felonies’ has become somewhat of a handbook for the counter-revolution against tyranny. The book’s influence has been such that I recently acceded to Roger’s plea that I write a sequel that would focus on the proposed solutions. I’m nearly half done with the manuscript, and Conviction Machine is due out sometime next year.

In these two theaters of battle in which I find myself, reliable allies are highly valued. This is why the Manhattan Institute is so important: It recognizes the stakes, in terms of liberty and of civilization itself, in both the criminal justice arena and the education arena. I am proud, and buoyed, to have allies like MI. I know that FIRE likewise is grateful to have such a reliable cohort in the fight for restoration of liberty, fairness, and sanity on college campuses.

Together, and with all of the other groups across the political spectrum that see the reality of what is happening and are determined to do something about it, we will prevail.

Harvey Silverglate, a Boston criminal defense and civil liberties lawyer and writer, is the co-founder of The Foundation for Individual Rights in Education (www.thefire.org). He co-authored The Shadow University: The Betrayal of Liberty on America's Campuses.