Home » Articles » The Attack on Heterosexual Sex on Campus

The Attack on Heterosexual Sex on Campus

When spiked’s law editor Luke Gittos decided to write a book on ‘rape culture’ he must have known it was likely to cause him a lot of trouble. Gittos is a privileged, white, London-based, (possibly cis-gender) male lawyer who claims no experience of forced sex. His book could not be more of a challenge to the current zeitgeist.

Hence, there will be those who say his privileged, white maleness disqualifies him from speaking out on the issue of rape, and that this book, Why Rape Culture is a Dangerous Myth: From Steubenville to Ched Evans, is a ‘mansplaining’ display of insensitive arrogance by someone with no sense of women’s experience. Others will probably be tempted to dismiss any man who writes a book challenging ‘rape culture’ as an attention-seeking controversialist intent on provoking feminist fury. The publisher should probably have issued a Twitterstorm alert.

But such attempts to dismiss the relevance of Gittos’s arguments would be mind-numbingly stupid. Because, despite his gender and background (neither of which are his fault), Gittos has produced a useful and intelligent analysis that clarifies and makes sense of an issue that has become very muddled.

Related: Feds Lurch Toward Due Process in a Campus Sex Case

Gittos’s tightly written polemic argues against the accepted view that we live in a society in which misogyny and everyday sexism have created a so-called rape culture, in which rape is pervasive, underreported and ignored. He does not believe that the police and the law courts are failing women by failing to convict rapists. On the contrary, Gittos argues that the obsession with a ‘culture of rape’ has seriously distorted our view of sexual violence, and that the expansion of laws to protect women is eroding areas of privacy and inviting state regulation of our most intimate affairs.

This is dangerous for us all – not just men who may find themselves dragged into court following a sexual encounter they believed was consensual. Gittos holds that the drive to prosecute (and improve conviction rates against) more and more people has dangerous 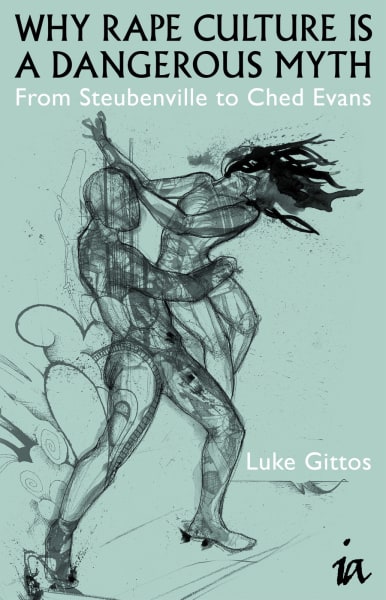 implications for the fundamental principles of justice, and for basic freedoms. The situation as things stand, he maintains, does no one any favours: it undermines society’s ability to deal adequately with extreme assault, and it undermines our ability to live intimately with one another.

At a time when we are so often encouraged to understand rape from the perspective of the victim, it helps to understand the issue from the perspective of a lawyer who is able to compare the treatment of sexual assault to the treatment of other crimes. Take, for example, the discussion of the conviction rate for rape, which everyone seems to agree is ‘too low’ and in need of ‘improvement’. Gittos demonstrates that the conviction rate for rape is not so different to other crimes, and reminds us that a crucial principle of our judicial system is the ‘burden of proof’. He examines the absurdity of setting what are in effect performance targets for rape convictions. According to this bizarre logic, what matters is not whether a man is guilty or innocent, but whether a quota of rapists are convicted as an expression of society’s abhorrence of the crime.

Gittos examines the claims that rape is underreported, and that women do not report rapes because they are cynical, intimidated, ignorant of process or even unaware that they have been raped. Gittos makes a convincing case that the huge gap between the number of rapes and sexual assaults as reported in surveys and studies, and incidents reported to the police, is due to women preferring to deal with the matter informally, especially with regard to low-level sexual assault. Many women opt to treat these episodes as ‘a private/family matter and not police business’ (19 per cent in one 2012 study) or see them as ‘too trivial and not worth reporting’ (11 per cent). The conscious, deliberate choice not to involve the authorities is often seen as a problem, but Gittos challenges this. In effect, he is asking, do we respect women’s ability to decide these matters for themselves, or not?

The expansion of the definition of rape has been rapid and, therefore, deeply confusing. Nevertheless, it must be said that people who insist that society is now peculiarly accepting of rape are simply deluded.

Rape needs to mean something specific. ‘Unwanted sex’ or ‘unenjoyable sex’, is completely different to ‘non-consensual sex’. We need to understand the difference if we are going to have a sensible discussion about rape. You may agree to have sex that you don’t passionately desire for all kinds of reasons. As Bertrand Russell famously observed in his 1929 book Marriage and Morals, ‘the total amount of undesired sex endured by women is probably greater in marriage than in prostitution’. This was because, he explained, marriage for women at that time was the commonest form of livelihood. Unwanted sex was the price women paid for their economic and social position. Unwanted, unwilling sex is not rape – unless we broaden the definition of rape until it is so wide that it is absolutely meaningless. That is what Gittos thinks we are in danger of doing.

Of course, it is possible to draw the definition of rape too narrowly. The mothers of today’s students (who are encouraged to attend sexual-consent classes) may remember, as I do, protesting to make rape in marriage a crime. Not so long ago, the courts accepted that marriage gave conjugal rights to a spouse and that since a spouse could not withdraw consent, there could be no rape. In fact, it wasn’t until 1991 that the marital-rape exemption was finally abolished. So try telling the generation of women who campaigned to make rape in marriage a crime that today’s culture is uniquely ‘rapey’ because a song suggests that even ‘good girls’ really ‘want it’.

Clearly no one wants to return to the Bad Old Days, although many of us will have sympathy with the legal commission advising government on rape law in the 1980s when it said that ‘the criminal law should keep out of the marital relationships between cohabiting partners – especially the marriage bed’.

Gittos is right to insist that it is important to understand what rape is and how it is distinct from the intimacy of sex, which is, and must remain, a private matter. But what is it about rape that makes it a crime different to other forms of assault? After all, Susan Brownmiller, one of the most influential 1970s feminist thinkers on rape, denied that it was really about sex at – it was ‘a crime not of lust but of violence and power’.

My only problem with Gittos’ book is the title, Why Rape Culture is a Dangerous Myth. I do believe we live in what could be called a ‘rape culture’. We live in a culture where rape is a constant reference point for intimate relations, regardless of the extent of intentional, non-consensual sex. That’s because in today’s culture, ‘rape’ is so broadly defined as to encompass almost everything: songs about picking up women are vilified for encouraging rape; an actor can decide a years-old sexual episode she experienced was in fact ‘rape’; men are warned not to assume that a woman who says ‘yes’ is competent to consent – especially if, heaven forbid, she’s under the influence of alcohol… We are fast approaching a culture in which almost all heterosexual sex is seen as rape.

And that’s why Gittos’s intervention is so vital. He is intent on protecting the sphere of intimacy from those who see rape everywhere

This piece is reprinted with permission from Spiked.com. Ann Furedi is writing in a personal capacity.

Ann Furedi has worked in pro-choice organizations in the UK for more than 20 years, mainly in policy and communications.

3 thoughts on “The Attack on Heterosexual Sex on Campus”

How Qatari money is undermining free speech at universities

"Northwestern’s nonexistent response to recent Qatari censorship demonstrates why branch campuses in authoritarian nations are a bad idea. Northwestern has lent its credibility to the propaganda of an authoritarian and anti-Western regime, whitewashing its censorship and inevitably participating in self-censorship to maintain ties." – Spectator World, 11/28/22

"University of Virginia officials acknowledged recently that they knew about a shooting suspect’s prior conviction on a weapons charge before his alleged rampage that left three students dead and two injured. Administrators issued a statement confirming that the suspect, Christopher Darnell Jones Jr., had been convicted of a misdemeanor for a concealed weapons violation in 2021, prior to the Nov. 13 shooting." – The College Fix, 11/28/22

Ben Sasse hit the jackpot with his University of Florida contract

"Over the last decade, we have collected and analyzed the contracts of more than 300 university presidents. The contract for president-designee Sasse, with a potential value of nearly $10 million across his five-year term, is the richest we have seen. We have carefully reviewed the contract. Here are the details." – Higher Ed Dive, 11/28/22

Administrators Have Seized the Ivory Tower

"University administrators will undoubtedly work diligently to please North Carolina politicians and to tell North Carolina citizens what they think they wish to hear. Whether they have any commitment to preserving the complex ecology required by institutions of learning in a market-driven society is another question entirely." – James G. Martin Center for Academic Renewal, 11/28/22

"As legal battles have been waged over the Biden administration’s plan to forgive billions in federal student loans, the associations representing colleges and universities have stayed out of the fight. ... So far, no Washington-based higher education interest group has submitted a brief in support of the administration’s position." – Inside Higher Ed, 11/28/22

‘Ethics’ app at Clemson allows students to instantaneously report on each other with texts, videos

"Students at Clemson University can now anonymously report real or perceived misconduct by peers, faculty or staff with a single text. The public, South Carolina-based institution recently announced it would become the first university to offer campus-wide the 'RealResponse platform' ... " – The College Fix, 11/28/22

"Looking back, Falwell wonders if leaving Liberty saved his life, given the stress of the job coupled with his health issues, which he suggests might have gone neglected if he remained as president. His next move is undetermined. Asked about returning to higher education, Falwell offers only a 'maybe.'" – Inside Higher Ed, 11/28/22

"Returning to the Christian, Greek, and Roman roots, and examining the texts and ideas which provided the foundation for the remarkable civilisation that spread across the European continent could bear real fruit in strengthening our ailing cultures." – Imaginative Conservative, 11/27/22

UC-Berkeley can’t use race in admissions. Is it a model for the country?

"The University of California at Berkeley has labored to enroll more Black and Latino students in the quarter century since the state barred the consideration of race or ethnicity in its admissions. Still, those groups remain underrepresented at the renowned public university here on the eastern shore of the San Francisco Bay." – Washington Post, 11/27/22