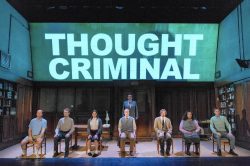 Last week a mob of chanting students prevented author Heather Mac Donald from speaking at Claremont McKenna College. After the students prevented entrance to the assembly hall, Mac Donald managed to give her talk by remote livestream for a while, until police cut her short out of concern for security; students had discovered her whereabouts […] 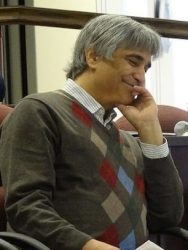 A Catholic Professor’s Problems at a Catholic College

Anthony Esolen is an embattled professor at Providence (R.I.) College, an aggressively Catholic believer at an institution run by Dominican priests but less forthrightly Catholic than he is. Esolen teaches Renaissance literature and the development of Western culture. Among his books is a translation of Dante’s Divine Comedy regarded as one of the best. He […]

What Students Really Learn at University

Perhaps no one has written more about the plague of identity politics on America’s college campuses than MTC's contributor, Philip Carl Salzman. Salzman, Emeritus Professor of Anthropology at McGill

University, and a contributor to many public policy organizations, has now published some of his most powerful essays in an e-Book collection called Universities Today. Salzman writes, "Since the 1980s, universities have increasingly turned away from producing and disseminating knowledge and taken up as their objective neo-Marxist radical social reform, often labeled ‘social justice.’ Today, universities focus on political propaganda and activism and are increasingly like closed religious cults."

Attention Middle Easterners! You Don’t Have to Be White Anymore

So says Harvard University in a convoluted explanation of race, identity, culture and white privilege. According to Harvard, “Since 1944, Middle Eastern- and North African-Americans have been legally “white,” having to check the “white” box on demographic surveys like the U.S. census.” OMG—what a burden! Well, fear no more my Lebanese and Syrian friends, my pals from Iraq and Iran—you no longer have the burden of being white—you can be a MENA!  A middle-eastern north African. What a joy to shed the mantle of white privilege once and for all. How wonderful to have such a joyous moniker of peace, achievement, cultural contribution, and tolerance to wrap around oneself.

In response to "Wanna Teach? Submit a Killer 'Diversity, Equity, and Inclusion' Statement"

I am a long-retired public school teacher. Last fall, I submitted a letter to the editor of Education Week (unpublished), providing data on public education’s devotion to social justice issues.

A subscriber since the founding of Education Week in 1981, I’ve noticed a persistent theme: the “achievement gap.” In the 12-11 issue, for example, two commentaries were on that topic. Looking towards the next four decades, entertain a possibility: A fixation on performance “gaps” and on assigning blame may be unhealthy.

Evidence of fixation? At Edweek.org, I searched 24 terms associated with the achievement gap to gauge frequency. Assume 36 issues per year of Education Week over 38 years. That’s 1,368 issues. Divide “mentions” below by 1,368 for the average number of times one is likely to encounter a particular term in a random issue of Education Week:

Consider two changes-of-direction for the next 38 years:

1) America is among the least racist nations in the world. Endlessly beating itself up over racial disparities ill serves everyone.

2) Groups focus differently; people are individuals. All 64 starting NFL cornerbacks are Black and have been for 17 years. That gap alarms no one. Bringing some of that tolerance to educational performance may produce happier results than four more decades obsessing over gaps.
Individuals are key. Overlap among and variation within groups is enormous. While upholding meritocratic standards, why not incentivize individuals to move where they can, possibly “testing out” of graded systems. Adjusting compulsory attendance and child-labor laws might better accommodate enormous variation among individuals.