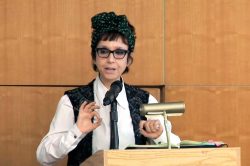 How #MeToo Became Weaponized at NYU

When John Searle, a philosopher at UC Berkeley, was charged with sexual harassment a year ago, about 50 intellectuals and academics wrote a heated group letter insisting the charges were not true. How could they tell? Because they knew him to be a beloved mentor and great scholar of fine character. Oh, wait. That didn’t […]

"President Biden is keeping student loan payments turned off for at least another six months to give the federal courts time to consider the many lawsuits challenging his administration’s plan to forgive up to $20,000 in federal student loans for eligible Americans, the White House announced Tuesday." – Inside Higher Ed, 11/23/22

Why the Left Relies on Statistical Illiteracy

"We know there’s lies, darn lies, and statistics. But we need experts who know this, who can tell a p-value from a Bayesian estimation, and who can communicate with the public. We must make plans now to educate this next generation of experts." – James G. Martin Center for Academic Renewal, 11/23/22

"The University of California, Berkeley has entered into an agreement with the U.S. Department of Justice to make its free online content accessible to people with hearing, visual and manual disabilities, the agency announced Monday." – Higher Ed Dive, 11/23/22

"The nation’s 17 million college students have confronted a new and chaotic reality on campus this fall: a fast-changing legal landscape and entirely new norms in the wake of the Dobbs decision on abortion. For some, the changes are joyful, a protection of human life. For others, they are terrifying ... " – Washington Post, 11/23/22

"These facts reflect failings of schools, which focus too much on preparing workers and too little on preparing citizens. To fix this, I and others have donated our time to build American Birthright: The Civics Alliance’s Model K-12 Social Studies Standards ... " – RealClearEducation, 11/23/22

A Legislative Agenda to Fix The Student Loan System

"Borrowers who still want their loans forgiven should hold higher education institutions, rather than taxpayers, accountable. After all, the debt crisis would not exist without the university's decision to admit the student. And it is the university's choice to charge the tuition prices it does." – Newsweek, 11/22/22

"If Yale Law School really wanted to make a difference, it would use its gargantuan horde of financial and social capital to greatly expand the number of people it teaches while developing lower-cost models of education." – New Republic, 11/22/22

Ducey’s Record: A Model for Governors

"This week 36 states elected or re-elected a governor. No matter their party affiliation, I wish each of these governors success as they face urgent new challenges. I hope they look to Arizona as an example of how principled conservative leadership, coupled with sound policy, can create tremendous outcomes for students, families, and all your constituents." – RealClearEducation, 11/22/22

"The U.S. Department of Education is allowing several for-profit colleges to continue accessing federal financial aid even though they’re facing scrutiny from state attorneys general and their accreditors, according to a new report from the National Student Legal Defense Network." – Higher Ed Dive, 11/22/22