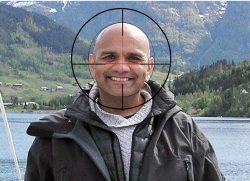 How a Social Justice Mob Fired a Tenured Professor

The fall semester is off to a fiery start. We have Brown University’s decision to distance itself from Professor Lisa Littman’s research paper; the decision by the New York Journal of Mathematics journal to un-publish Professor Theodore Hill’s study; the University of Chicago’s refusal to defend Professor Rachel Fulton Brown from scurrilous attack led by […]

"An associate professor of political science at Indiana University at Bloomington told graduate students that he can’t serve as the department’s job-placement director any longer, as he refuses to participate in the 'official department charade.' ... The letter, which has been circulated on social media, is provoking strong—and mixed—reactions." – Inside Higher Ed, 12/7/22

Colleges Helped Cause the Enrollment Crash

"Sources like the Chronicle, so interested in talking about the demographic crisis, never mention the factors contributing to it that I have discussed here. Higher education is going to get what it deserves because it has failed to sustain its traditional mission and traditional culture." – James G. Martin Center for Academic Renewal, 12/7/22

How many unique education credentials exist? More than 1M, according to a new count.

"Almost 1.1 million unique educational credentials exist in the U.S., according to a new tally mapping a sprawling web of certificates, badges, licenses, diplomas and the like — as well as who offers them. The count comes in a report released Wednesday by the nonprofit Credential Engine, which is trying to improve the available information about learning and career pathways." – Higher Ed Dive, 12/7/22

Flu Returns to Campus With a Vengeance

"But the past two flu seasons were almost nonexistent on campuses, thanks to remote learning during the COVID-19 pandemic—which kept them empty—or masking and social distancing policies when students returned. This winter, as colleges and universities cast off two years of caution, the flu is returning to campuses early and spreading fast." – Inside Higher Ed, 12/7/22

The College Essay Is Dead

"Essay generation is neither theoretical nor futuristic at this point. ... They don’t feel like they’re cheating, because the student guidelines at their university state only that you’re not allowed to get somebody else to do your work for you. GPT-3 isn’t 'somebody else'—it’s a program." – The Atlantic, 12/6/22

"More than 90% of colleges lowball their net price or don’t provide any detail about it in students’ financial aid offers, according to a blistering new report from a federal watchdog, which called on Congress to pursue legislation to standardize this information. The U.S. Government Accountability Office’s analysis, released Monday, illuminates an already established problem: the confusing nature of financial aid letters." – Higher Ed Dive, 12/6/22

At This Rate, Faculty Diversity Will Never Reach Parity

"For over a decade, colleges have committed (and recommitted) to diversity, equity, and inclusion among faculty. But how close is higher education as a sector to achieving the goal of racial parity? According to a new study, the increasing diversity of tenure-track faculty is barely keeping up with that of the U.S. population." – Chronicle of Higher Education, 12/6/22

"George C. Herring, a scholar of U.S. foreign relations who wrote a seminal history of the Vietnam War, crystallizing for generations of readers the reasons the United States entered the conflict and the lessons with which it was left, died Nov. 30 at his home in Lexington, K.Y. He was 86." – Washington Post, 12/6/22

"The Center for Excellence in Higher Education, a former college operator whose institutions closed down in 2021, is suing the U.S. Department of Education, alleging the agency forced its institutions to shutter by withholding millions of dollars amid a campaign to close private career colleges." – Higher Ed Dive, 12/6/22