Edwin C. Hagenstein is an independent writer and editor based in New Mexico. He is the author of "The Language of Liberty: A Citizen's Vocabulary" and "American Georgics: Writings on Farming, Culture, and the Land." You may find his work at edhagenstein.com. 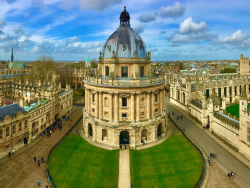 In our current political discourse, virtually any news story can instantly become a flash point for bitter partisan recriminations: COVID-related public health mandates, the January 6 mob actions at the Capitol, and now the Afghanistan pullout. Each of these cases have threatened the interests of the nation as a whole, and in other times, they […] 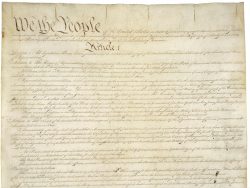 This political season has been dizzying. The steep, plunging lows—the COVID mess and the urban riots—are such that they have left many of us queasy. Enough so, that in bleak moments a shadow of doubt passes through our minds: perhaps our governing system cannot bear the burdens we face and could come undone. It is […]

Peer-Reviewed History is Dying of Wokeness

"What is the state of academic history? Take a look at the latest issue of the American Historical Review, the flagship journal of the academic discipline. It doesn’t publish bread-and-butter research articles; those go to specialist journals and fill published essay collections. Instead, its articles illustrate entire schools of historiography, using research as an entrée into a particular historiographical approach or a subfield’s bibliography. The AHR’s bias is toward showcasing newer approaches and providing them with a stamp of approval. It isn’t a typical journal, but it tells you where the profession is going." - James G. Martin Center for Academic Renewal, 8/12/22

"Colleges and universities across the country, squeezed by sharply rising labor and supply costs, are taking steps to fortify their revenue and resume their pre-pandemic patterns of annual tuition increases. These price hikes, for the most part, do not appear to be as high as the overall annual inflation rate measured at 8.5 percent in July. But they are substantial — often in the range of 3 to 4 percent, sometimes more. For many students and parents, that means significantly higher college bills in the fall term." - Washington Post, 8/12/22

"Trust in U.S. colleges and universities by young adults needs to be earned and not taken for granted, according to a recent survey that measured public trust in higher education. About 35 percent of adult members of Generation Z surveyed said they tended not to trust higher education while 41 percent said they tended to trust colleges and universities. Among the four generation groups surveyed by Morning Consult, a research technology company, those ages 18-25 who are among the Generation Z cohort were the least likely to trust higher education." - Inside Higher Ed, 8/12/22

"With the coronavirus continuing to spread widely throughout the country, Americans are getting new advice from federal health officials on how to live with the virus. The revised guidance – released by the Centers for Disease Control and Prevention on Thursday – lifts the requirement to quarantine if exposed to the virus, deemphasizes screening people with no symptoms and updates COVID-19 protocols in schools, eliminating a recommendation for test-to-stay after potential exposure." - NPR, 8/11/22

The Toxic Education Politics of Covid

"It is impossible to overstate the devastating impact that the Covid-19 pandemic has had on the education of America’s children. Over the past year, a growing body of evidence has produced something rare in education research — a consensus. These studies show that the disruption to schooling caused unprecedented learning shortfalls — worse even than the effects of school closures in New Orleans after Hurricane Katrina — that have hit lower-income and minority students the hardest, erasing hard-won progress toward closing achievement gaps made in the late 1990s and early 2000s." - National Review, 8/11/22

"The U.S. Department of Education will distribute $5 million in grants to colleges that enroll students from underserved communities to help improve their retention and completion rates. Eligible colleges, which include historically Black and minority-serving institutions, 'are specifically invited' to use the money to support students close to graduating and to reengage those who may have dropped out temporarily because of the coronavirus pandemic, the Education Department said Thursday." - Higher Ed Dive, 8/11/22

"UNC’s list of undergraduate programs includes a minor in social and economic justice. Given its name, one might expect such a program to provide students with insights into economics, public policy, and issues of rights and justice from a social-science perspective. Perhaps such a program could help students prepare for careers in law, politics, or journalism, or generally nurture the development of sharp and politically engaged young adults. However, in stark contrast to an outsider’s likely expectations, the minor’s course list is primarily composed of classes concerning intersectionality and social activism. It exhibits a startling lack of economics coursework." - James G. Martin Center for Academic Renewal, 8/11/22

"Most Americans have been conditioned to accept some level of incompetence and inefficiency from government – but not to the extent that federal employees paid by our tax dollars simply admit that they are fundamentally incapable of doing their jobs. Yet shockingly, this is what we are now witnessing with the Department of Education’s failed and convoluted attempt to process claims for student loan cancellation." - RealClearEducation, 8/11/22

"The U.S. Department of Education is slow to identify when a college closes and doesn’t always provide students information they will need to obtain a closed-school discharge of their federal loans, a searing new report from a congressional watchdog found. The department took two months or more to identify a third of the colleges that closed between 2010 and 2020, according to the report, which the U.S. Government Accountability Office released Wednesday. It took six months or more to identify 13% of closures in that time frame, amounting to 135 institutions." - Higher Ed Dive, 8/10/22

The Unclear Future for Gifted-and-Talented Education

"Will gifted-and-talented school programs still exist in five years? Controversy has ramped up around the longtime practice of providing accelerated classes for selected students. Racial-justice movements highlighted inequalities, prompting changes in districts across the nation. Lawsuits related to these programs are pending in states including Virginia, Missouri and New York." - Wall Street Journal, 8/10/22