Frank Xu is President of the Californians for Equal Rights Foundation, a non-partisan and non-profit organization dedicated to promoting and raising public awareness on the principles of equality and merit. Frank is also a social activist and one of the co-founders of San Diego Asian Americans for Equality. 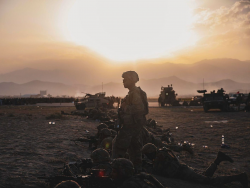 In Defense of Liberal Culture

Kabul’s rapid collapse upon the withdrawal of U.S. troops teaches us at least two things about culture. Firstly, different cultures undergird vastly different forms of government. After 20 years of direct U.S. influence in regime-building, Afghanistan has failed to establish its own democratic government, largely due to illiberal political and civic cultural norms. The 20-year […]