Janice Fiamengo is a retired Professor of English from the University of Ottawa who lives in New Westminster, BC with her husband, poet and songwriter David Solway. She hosts The Fiamengo File, a YouTube series on Studio Brulé about the fraud of academic feminism and its impact on western culture. She edited and introduced Sons of Feminism: Men Have Their Say, a collection of personal essays. 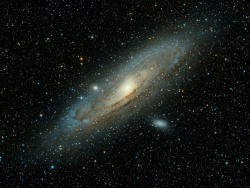 A Telescope for Social Justice: No White Men Need Apply

Editor’s Note: This article was originally published by The Pipeline on August 17, 2021 and is crossposted here with permission. A cosmic storm is roiling the Astrophysics community. Focused on the name of a NASA space telescope, the controversy is one more in a decade-long whirlwind of accusation that has made clear to straight white […]