Philip Wegmann is White House Correspondent for Real Clear Politics. He previously wrote for The Washington Examiner and has done investigative reporting on congressional corruption and institutional malfeasance. 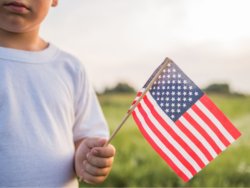 A Republic if You Can Teach It

President Biden has a civics lesson that he is fond of and regularly repeats. It is about how the United States is unique in the world because of the founding ideals enshrined in the Declaration of Independence. “Unlike every other nation on Earth, we were founded based on an idea,” he notes before adding that […]