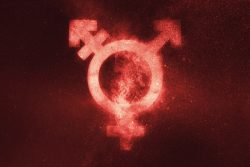 Shawnee State University in southern Ohio (cross the bridge and you’re in Kentucky) is an open-admissions school that opened in 1986. It’s very little known, but the school’s administrators are as politically attuned to progressive sensibilities as any across the nation. A case that has arisen at Shawnee threatens to set a terrible precedent for […] 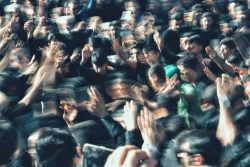 When Meeting Racial Quotas Is Impossible

Several years ago, I was a visiting professor at a large public university beyond the Mississippi. Early on, I introduced myself to a few of the colleagues in the department, some of whom proved to be vigorous liberals unhappy with the social state of things on campus. One of them said to me as I […]

Diversicrats Are All That’s Left on Campus

At this point in time, the word diversity is spoken with such pedestrian calm that people forget that it used to have an edgy import.  Not that many years ago, “diversity” meant the introduction of women and minorities into academic jobs and the academic curriculum—as it does now. But back then, that introduction was cast […]

Amherst’s Version of Kafka’s ‘The Trial’

"Kafka was born too early to write about Amherst College. At campus hearings on claims of sexual assault, procedures are relentlessly stacked again males and evidence of innocence doesn’t count. Amherst expelled a student for committing rape—despite text messages from the accuser, sent  immediately after the alleged assault, (1) telling one student that she had initiated the sexual contact with the student she later accused (her roommate’s boyfriend); (2) inviting another student to her room for a sexual liaison minutes after she was allegedly raped." - KC Johnson, 6/9/15

Biden’s draft Title IX rule would allow the single-investigator model. Should it?

"Despite these flaws, the Biden administration is poised to once again allow colleges to use single-investigator frameworks. Last month, the U.S. Department of Education introduced a draft Title IX rule that would pull back the regulation mandating that institutions hold live hearings to adjudicate sexual misconduct cases. Instead, colleges could devise their own systems within the draft rule’s confines, which could be a version of the single-investigator model. " - Higher Ed Dive, 7/5/22

"While clear data are elusive, there is emerging evidence that institutions are seeing greater-than-usual faculty turnover. According to Inside Higher Ed’s 2022 Survey of College and University Chief Academic Officers, 19 percent of provosts say faculty members are leaving at significantly higher rates than in the past. Sixty percent say they are leaving at somewhat higher rates. (The percentages were larger for questions about staff turnover.)" - Inside Higher Ed, 7/5/22

What the Biden administration’s new rules for charter schools say

"The Biden administration is moving to overhaul the federal Charter School Program with new rules finalized last week that make it harder for for-profit organizations to win taxpayer money and require greater transparency and accountability for grant applicants....Charter school supporters strongly objected to a draft set of rules released earlier this year, saying they seemed intended to kill the program outright, which the Education Department denied." - Washington Post, 7/5/22

"Governor Bill Lee of Tennessee has come under fire from teacher groups and education leaders in his state for sitting by as the president of Hillsdale College—who is advising him on education policy—referred to teachers as being trained 'in the dumbest parts of the dumbest colleges.'" - Inside Higher Ed, 7/5/22

Fourth of July Brings Warnings of Our Civics Problem

"A Rasmussen Reports survey released over the Fourth of July weekend finds that only 27 percent of people believe the Founding Fathers would consider the United States a success, down from 34 percent a year ago. A stunning 53 percent now say the Founding Fathers -- George Washington, Thomas Jefferson, Benjamin Franklin, among many -- would view America as a failure." - National Review, 7/4/22

"Perhaps then we can get back to what Llosa sees as the truest, noblest calling of culture—nourishing our souls while examining the big questions. Despite our vast scientific and technical knowledge, Llosa argues, 'We have never been so confused about certain basic questions such as what are we doing on this lightless planet of ours, if mere survival is the sole aim that justifies life, if concepts such as spirit, ideals, pleasure, love, solidarity, art, creation, beauty, soul, transcendence still have meaning and, if so, what these meanings might be?'" - American Greatness, 7/4/22

The National Academies Have Abandoned the Sciences

"The National Academies of Sciences, Engineering, and Medicine recently held an event titled: 'Structural Racism and Rigorous Models of Social Inequity.' The two-day conference seemed less of a workshop, as was advertised, and more of a struggle session against enemies of 'equity.' The main takeaway from this event was that we must implement critical race theory (CRT) into every facet of science. This conclusion was not drawn from inference. Throughout the conference, multiple speakers advocated explicitly for the use of critical race theory. By doing so, however, one must ask: Have the National Academies abandoned the sciences altogether?" - American Greatness, 7/3/22

"Last week, the Supreme Court delivered three decisions that have the Left in a snit of epic proportions. On Friday, the Court decided there is no constitutional right to an abortion, and threw Roe v. Wade into the trashcan. The prior day, the justices made clear that the Second Amendment protects the right to carry a handgun outside the home for self-defense. And on Tuesday, in Carson v. Makin, the Supremes asserted that if a state subsidizes private education, it cannot disqualify religious schools." - American Greatness, 7/3/22

"A former Georgetown University head tennis coach who pleaded guilty last fall to accepting bribes to help prospective students gain admission to the school was sentenced Friday to more than two years in prison, according to the U.S. attorney’s office for the District of Massachusetts. The sentencing of the coach, Gordon Ernst, 54, of Chevy Chase, Md., and Falmouth, Mass., to 30 months represented the harshest punishment issued so far in the federal investigation known as Operation Varsity Blues, which has focused on the payment of bribes by wealthy parents in order to have their children admitted to elite colleges." - New York Times, 7/2/22

"New civics training for Florida public school teachers comes with a dose of Christian dogma, some teachers say, and they worry that it also sanitizes history and promotes inaccuracies. Included in the training is the statement that it is a 'misconception' that 'the Founders desired strict separation of church and state.'" - Washington Post, 7/2/22