The Sad State of Higher Education

This is an excerpt from “The University We Need,” a new book highly critical of our colleges and universities by Prof. Warren Treadgold of St. Louis University.

The state of the American university remains precarious for several reasons. College costs and student debt have reached a level beyond which they cannot keep rising indefinitely. Colleges keep expanding their use of badly paid adjunct professors hired after only a perfunctory look at their credentials. These adjuncts increased from about 13 percent of the faculty in 1988 to about 51 percent in 2011; in 2011 another 29 percent were instructors not eligible for tenure, and only 21 percent were tenured professors.

Meanwhile, a growing number of courses are available on the Internet, many for free, raising the question of why students should pay as much as $4,000 for a classroom course when they can take a better course for much less or for nothing. At the same time, many American voters, state legislators, and governors who have a low opinion of professors and their ideas are becoming still more reluctant to subsidize higher education through taxes. Between 1987 and 2012, state and local spending on higher education per full-time student fell by 30.6 percent in constant dollars, while tuition at state and local institutions rose by 100.5 percent.

‘Higher Education Is in Decline’

Most recent books on American universities have been critical, many devastatingly so. Not even most professors and administrators are truly happy with the present state of universities. Two recent critics observe that American “college and university professors often express surprisingly low levels of job satisfaction.”

The president of the American Association of University Professors (AAUP) has summed up the consensus among faculty: “The sad truth is that US higher education is in decline.” A poll in 2012 showed that 89 percent of American adults and 96 percent of senior academic administrators agree that American higher education is “in crisis.” When a recent dean of Harvard College writes a book subtitled How a Great University Forgot Education and laments “the loss of purpose in America’s great colleges”—meaning Harvard, Yale, Princeton, and the other elite universities that follow their lead—the presumption must be that something has gone very wrong.  These are the opinions of academics, most of whom are by no means conservative.

Some authorities still insist that colleges, even if they teach no specific knowledge, at least improve “critical thinking.” But this contention is not borne out by a test designed to measure such thinking, the Collegiate Learning Assessment (CLA). Since the 1980s the improvement in students’ CLA scores during their four years of college has dropped by about 50 percent, and such improvement now averages just 7 percent over the first three semesters. 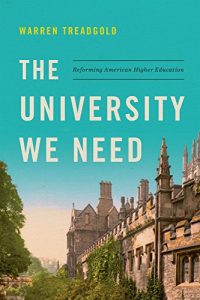 ‘Not Much Time Spent Studying’

One important reason few students learn much at college is probably that they spend so little time studying. A recent survey found that studying took up an average of only about 7 percent of students’ time at college, and even much of that time was wasted in “studying” along with other students, which brought no improvement in learning and amounted to not much more than socializing.

Another survey found that the time students spent on homework and classes combined dropped from about forty hours a week in 1961 to about twenty-seven hours a week in 2004; homework alone fell by almost half, from about twenty-four hours a week to just fourteen hours.  Most students seemed to regard college mostly as a chance to have fun before having to work at a job or go to professional school.  While such students certainly deserve much of the blame for their failure to learn, professors should also be blamed for their lenient demands and easy grading.

The average college student, despite spending so little time studying and learning so little has a grade point average of 3.2 or a high B−. Students at elite colleges, who appear not to study much more than the others, receive still higher grades. Thus, nearly half of college students seem to be studying very little and learning very little—surely not enough to be worth anyone’s spending $100,000 or more for it.

Costs could, of course, be cut by having students take their undergraduate degrees in four years instead of five, six, seven, or eight. About twenty-five years ago, some of us who taught at Florida International University (FIU), a large state institution in Miami, noticed that many of our classes had no space for freshmen or sophomores because juniors and seniors, who registered first, were repeating the classes several times. Students who were dissatisfied with their grades (often because they got an F for skipping papers or exams) took the same course over and over again, thanks to university rules that let them replace the first grade on their transcript with the new one.

My greatest achievement in the Faculty Senate was passing a rule that students could take the same course only four times. (My original proposal limiting it to three times was considered too radical.) One of my colleagues noted that one problem was that tuition, which the faculty did not control, was too low (then $300 a course, now $638 a course). A worse problem was that many of our students were completely uninterested in their education and cared only about the grades on their transcript.

Admissions officers are also to blame: many of the students they admit to colleges, often chosen using criteria with only the most marginal relevance to academic ability, are not ready to do college-level work. Around 25 percent of those admitted to four-year colleges and around 58 percent of those admitted to two-year colleges require remedial courses, and fewer than half of these students pass all the remedial courses they need; even a large number of those who manage to pass the remedial courses fail to graduate later. Whether because of a lack of ability, lack of preparation, lack of effort, or a combination of all three, students’ college completion rates are poor. Almost a third of the students who enroll in (supposedly) four-year colleges fail to graduate within eight and a half years, and almost two-thirds of those who enroll in (supposedly) two-year colleges fail to graduate within six years.

At for-profit “four-year” colleges, the six-year graduation rate is a mere 22 percent. Consequently, many students either graduate after taking far too long, at a greatly increased cost and often with a large debt or never graduate at all, with no degree to show for a large investment and often a large debt. Those who fail to graduate represent a waste of resources by almost any measure.

While the amount of money spent on American education is obviously too high, concentrating on cutting costs seems questionable when the product is of such minimal value for so many students. For instance, what is the point of having professors teach a larger number of courses from which students learn little or nothing? Even if the average price for a public college education could be cut by a third, $50,000 is still far too much to pay for students not to learn anything. If all students want is to enjoy themselves on a break from studying and working, and the rest of us for some reason consider this desirable, they should be able to enjoy themselves for much less money, perhaps for a year at a pleasant place where they can live in comfortable dormitories and party, sunbathe, or ski with no classes to feel guilty about skipping.

If the quality of a college education cannot be improved, we should concentrate on encouraging at least half of those who now go to college not to go, adjusting requirements for jobs and professional schools accordingly, and make provisions for an orderly shutdown or shrinking of most of our colleges and universities. But, of course, the quality of a college education can be improved. The problem is that hardly anyone is trying to improve it. Few people are even paying attention to the defects of higher education as it is now, and some still deny that anything is wrong.

Warren Treadgold is an American historian and specialist in Byzantine studies. He is the National Endowment for the Humanities Professor of Byzantine Studies at Saint Louis University. Treadgold has also taught at UCLA, Stanford, Hillsdale, Berkeley, and Florida International University.

8 thoughts on “The Sad State of Higher Education”