Frederick Prete, PhD, is a biological psychologist in the Biology Department at Northeastern Illinois University. He writes about education and the use and misuse of biology in forming public policy. Additional essays can be found on his Substack, “Everything Is Biology,” and he can be reached at Everythingisbiology@gmail.com. 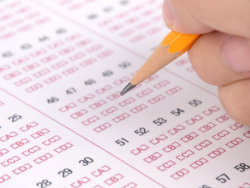 Soon after this year’s ACT scores were released, a number of articles appeared commenting on the one-half-point drop in the overall, average composite score. The Wall Street Journal correctly pointed out that this is the fifth consecutive annual decline, and the first time the average composite score has been below 20 since 1991. To put […]