Hans Zeiger is the president of the Jack Miller Center, a national nonprofit organization that connects civic educators, scholars, and concerned citizens who seek to pass along the American political tradition to the next generation. 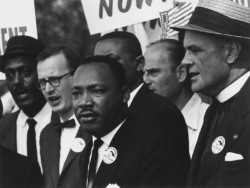 How MLK Embodied Our Founding Principles

Nearly 60 years ago, Martin Luther King, Jr. delivered his “I Have A Dream” speech at the Lincoln Memorial in Washington, D.C. King’s powerful plea for equal rights has resonated with Americans ever since, in no small part because his message was wrapped in an enlightened patriotism. He understood that the best way to fight […] 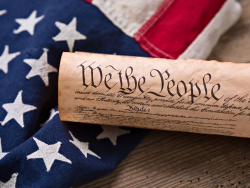 Four Things We Should Teach Children about the Constitution

When we think of the United States Constitution, we probably consider the structure it gives to our national government. We may think of its presence at the center of political controversies past and present. Or we may think of ways in which the document has been neglected. But as we mark the 235th anniversary of […] 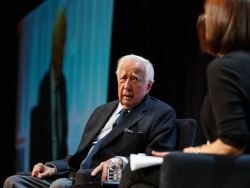 Historian David McCullough, who passed away on Aug. 7, spent his life telling stories that his fellow citizens should know. He wrote well-known biographies of John Adams, Theodore Roosevelt, Harry Truman, and the Wright Brothers. He got his start chronicling the Johnstown Flood before turning to the creation of the Brooklyn Bridge and the Panama […]