Jay Bergman is a professor of history at Central Connecticut State University and serves on the National Association of Scholars' Board of Directors. 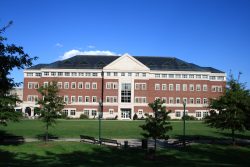 Soviet-Style Surveillance at a Connecticut University

Editor’s Note: This article was originally published by FrontPage Magazine on March 23, 2022, and is republished here with permission. Last month, in a statement issued by its Office of Equity and Inclusion, Central Connecticut State University established a new policy designating faculty, administrators, and nearly all other employees as “mandated reporters.” In that capacity, they are required […] 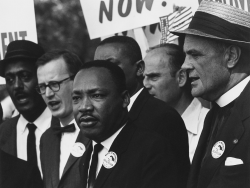 King, Kendi, and the Good People of Guilford, Connecticut

Editor’s Note: This essay originally stated that the population of Guilford, Connecticut is “just over 77,000.” The population is, in fact, around 22,000. We have edited the piece accordingly. Like many readers of Minding the Campus, I am despondent over the corruption of K-12 education in America. It seems to have inherited all that is […]

From the National Association of Scholars’ 100 Great Ideas for Higher Education  *** Every American should know Western civilization, of which American culture and political institutions are an integral part. By Western civilization I mean the constellation of ideas, political arrangements, ethical precepts, and ways of organizing society and the economy that are traceable to […]