What Are Your Chances of Graduating?

The Higher Education Research Institute at UCLA (HERI) continues its studies of graduation rates with a new report aimed at understanding which factors increase the likelihood of graduating from college. According to the data, 38.9 percent of those entering college can expect to graduate in four years, 56.4 in five years and 61.2 in six […]

The Days of Legacy Admissions May Be Numbered

Strange Grading and the Hazards of Transparency

If you go this web site, you can search the course roster at the University of Wisconsin and find out what grades were given each semester for the last several years.  In Spring 2011, the average grade for 792 students in Intermediate Organic Chemistry was 2.8, a B-, while in Introduction to Education, 50 students […]

In 1895, H. G. Wells concocted an imaginary time machine that hurled people into the future and back to the past.  Since then, that device has been re-invented by sci-fi writers, film makers and scientists.  They needn’t have bothered.  The time machine has already been in existence for more than four hundred years. It’s called […]

A few weeks ago, I attended a presentation on the state of the university by CUNY chancellor Matthew Goldstein. In the Q&A session, a student asked Goldstein for his opinion on sympathy-protests with Occupy Wall Street that had sprung up on various CUNY campuses. Goldstein gave what seemed to me a reasonable answer. He said […]

Several years ago Harper’s Magazine ran two articles on “The Uses of Liberal Education.” One article, subtitled “As a weapon in the hands of the restless poor,” was written by Earl Shorris, and describes how poor and underprivileged members of our society were eager to study the great books and benefited from them. He devised a […]

The scenes that describe certain events or incidents in the course of human events sometimes distort the actuality of those events and incidents; and, thus, leave a flawed portrait as a historical record. For example, while the public saw the “brutality” of the Los Angeles Police Department in the Rodney King incident, they did not see […]

Richard Kahlenberg of the Century Foundation is well known for his relentless, articulate, well-researched arguments that affirmative action should be based on class, not race. My reaction to these arguments is usually rather tepid. I find Kahlenberg’s arguments compelling only insofar as he also criticizes race-based preferences, and his criticism of them usually doesn’t go very […]

Our Dysfunctional Campuses Will Have to Change

Victor Davis Hanson has a brilliant essay here on how dysfunctional our colleges and universities have become.  Here are two excerpts:  “I noticed about 1990 that some students in my classes at CSU were both clearly illiterate and yet beneficiaries of lots of federal cash, loans, and university support to ensure their graduation.  And when one […]

Remember the furor last spring over the release of “productivity” figures at Texas public universities? The figures displayed for all to see how much money every instructor in the University of Texas (UT) system was being paid, along with numbers of students taught and research dollars generated. The furor spread to other universities and hasn’t […]

Lady Gaga Makes It to Harvard

Will English Departments Begin to Fade?

The executive council of the Modern Language Association (MLA), the leading organization for English and foreign-language professors, issued a statement on Wednesday decrying the rising debt levels of college students. Well, sure, who isn’t against student debt? But I think that the MLA statement is more than just pious boilerplate. It’s a statement of panic–that […]

Brown Shows How to Skew a Case and Skewer the Accused

Tuesday’s Brown Daily Herald brings an interesting column on one of Brown University’s best known–and most questionable–disciplinary proceedings: the expulsion of a student, William McCormick, after an allegation of rape by the daughter of a major donor. I’ve written about McCormick’s case before–in what resembled a coerced plea bargain, he was dismissed from Brown after […]

This past Monday  I delivered a speech at the Delta Kappa Epsilon house at Wesleyan University. I had been invited to speak by DKE and another fraternity at Wesleyan, Beta Theta Pi, because I had written an op-ed article in June for the Los Angeles Times titled “War Waged on College Fraternities.” That was the […]

The overwrought anti-bullying crusade has come in for heavy and very specific criticism from Hans Bader, the lawyer and writer who played a key role in keeping out a dangerous provision of a proposed federal law on how colleges must deal with campus sexual assault. Though Washington officials call bullying a “pandemic,” in reality, Bader […]

Why did the Board of Trustees of Penn State University put a humiliating end to the unblemished career of 84-year-old football coach, Joe Paterno?  In announcing the Board’s decision to fire him on the evening of November 9, the Vice-Chairman of the Board, John Surma Jr., spoke vaguely about the need to “make a change […]

More Chicanery from the Department of Education

Last week, voters in my home state of Maine overturned a law passed by the GOP-led state legislature to end Maine’s same-day voter registration, which had been the practice in Maine for nearly four decades. Though polls suggested a close race, the law went down to a nearly 20-point defeat, the margin seemingly fueled by […]

In April, the Department of Education’s Office for Civil Rights outlined a policy shift that represented perhaps the gravest threat to civil liberties on campus in a generation. Worse, Sen. Patrick Leahy inserted a provision in a draft of the Violence Against Women Reauthorization Act of 2011 that would have made the dubious new policy part […]

What Fiction Do English Professors Assign?

The influential website Campusbooks displays a roster of “Popular Classics Textbooks” in fiction. The list offers an aperture into the minds of University English departments: Catch 22 by Joseph Heller Brave New World by Aldous Huxley Animal Farm by George Orwell The Rum Diary by Hunter S.Thompson Lord of the Flies by William Golding To […]

When Adolescent Culture Goes to College

College students have been protesting lately in many different settings, from Occupy Wall Street to classroom walkouts, to the riots at Penn State.  Each incident recommends its own separate analysis and explanation, but it is important to recognize what they share in common as well.  Philip C. Altbach and Patti Peterson reminded us that student protest […]

About All Those STEM Dropouts…

The New York Times proclaimed recently that science educators and others are vitally concerned that high dropout rates of students studying math, science, and engineering (the “STEM” disciplines) will imperil our nation’s technological leadership. There is a shortage of people in these fields, it is argued, and efforts to increase numbers are thwarted by dropout rates […]

An elephant in the room that universities avoid is how their system is rigged to serve the rich over the poor. An October study by the American Enterprise Institute (AEI) entitled “Cheap for Whom?” showed one way that  the university system is rigged in favor of the rich. It said:  “Average taxpayers provide more in subsidies […]

The Penn State Trustees React to the Stench

The Board of Trustees acted properly in cleaning house at Penn State, by firing president Graham Spanier and longtime football coach Joe Paterno. The inaction of the duo, along with similar conduct from now-suspended Athletic Director Tim Curley and now-retired VP Gary Schultz has exposed the university to potentially massive legal liability, as well as […]

The football rivalry between DePauw University and Wabash College usually comes with all the trimmings–a traveling trophy, angry and intoxicated fans and vulgar T-shirts.  This year’s shirts read “You’ve had our Dick” on the front and “Now here’s our Seaman” on the back, a reference to two conveniently named DePauw stars, former quarterback Spud Dick and current […] 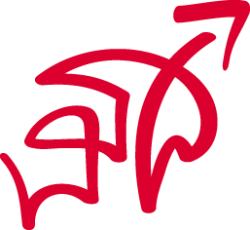 A few years ago, at a luncheon at Harvard University, Larry Summers noted an interesting fact.  If you look at the top ten players in any industry or business 50 years ago, the list would look wholly different than it does today–except in higher education.  It was Harvard, Yale, Princeton . . . back then, […]

Greatly Exaggerated Death of the Novel

Thomas C. Foster’s book is three years old, but it still holds the gold medal for Turnoff Title of the New Millennium: How to Read Novels Like a Professor. The author, who teaches English at the University of Michigan, attempts to sanitize his work with the subtitle, A Jaunty Exploration of the World’s Favorite Literary […]

Like their compatriots in Zuccotti square, the 70 Harvard college students who walked out of Greg Mankiw’s economics class were larger on theatrics than on message, and failed to articulate a reasonable, much less coherent, justification for their protest. Gabriel Bayard and Rachel J. Sandalow-Ash, the two organizers of the protest, discuss the reasoning behind […]

Back in September the College Republicans at the University of California, Berkeley, garnered a good deal of attention (including here and here) by sponsoring an anti-affirmative action bake sale. Part of their purpose was to call attention to legislation, SB 185, then waiting for Gov. Brown’s signature, that in clear violation of the state constitution’s prohibition […]

The AAUW–More Manipulation by Survey

The American Association of University Women, the voice of hard-line campus feminism, published a survey today showing that 48 percent of American 7th to 12th graders were sexually harassed during the last school year, with 87 percent of those harassed suffering negative effects such as absenteeism, poor sleep and stomach aches. These are alarming numbers, but then, the AAUW […]

The case of Julio Pino, the Kent State professor who shouted “death to Israel” at an address by an Israeli diplomat, has received a good deal of attention. In a rare, if commendable, instance of administrative courage, Kent State president Lester Lefton issued a statement condemning Pino’s behavior as “reprehensible, and an embarrassment to our […]